Cards on the table – I feel there is a lot to be gained with greater communication and work between neighbouring local authorities in the West Midlands Region. I do not want us to go back to the bad old days of the former West Midlands County Council and do not want any extra layer of local authority bureaucracy to be imposed. However, it is fair to say the West Midlands area have not been working together well, as other areas such as the Greater Manchester Region, have and this may have meant the region has not got the economic, skills or transport connectivity investment it should receive. Forming a Combined Authority, which will include many of the neighbouring districts, could be the way forward. 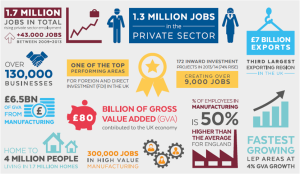 Please find here posted a document that was presented to all Solihull Councillors at as seminar last week. It contains lots of information, answers to questions and some general myth busters: WMCA and DD FAQ

I have posted here some useful information and links:

The official website of the West Midlands Combined Authority – http://www.westmidlandscombinedauthority.org.uk/

Link to Solihull Council agenda with report and appendices relating to the Decision – http://eservices.solihull.gov.uk/mgInternet/ieListDocuments.aspx?CId=125&MId=5172