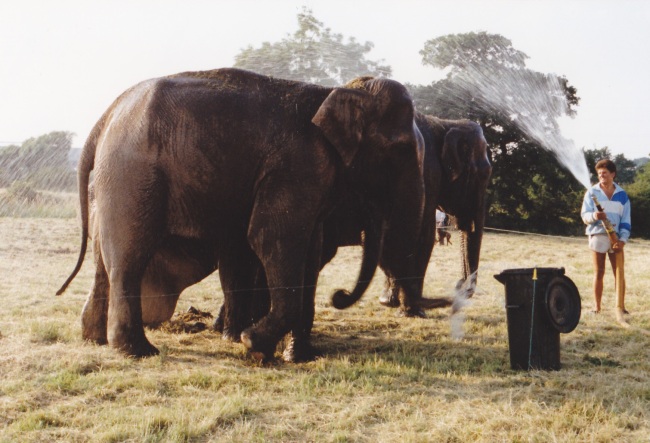 Readers of the last post will see I mentioned that elephants once roamed the park at Monkspath, known officially as Hillfield Local Nature Reserve.

Well, elephants were once seen on the reserve; they were part of Billy Smarts Circus and arrived before the main outfit on a very sunny day. The local fire brigade (these were the days when the police were a force and the fire a brigade) were in attendance to cool down the animals with their water hoses. I think this must have been in the late 1980’s.