Many residents and shoppers will have noticed the barriers on Notcutts end of Tesco’s car park. These, together will bollards and some speed bumps are measures undertaken by Tesco’s to address the great problems caused by the gathering of boy racers and car enthusiast in recent years. It is a shame we have had to resort to such measures but the noise and other anti-social behaviour caused at the these meetings was not something that could be tolerated any further. 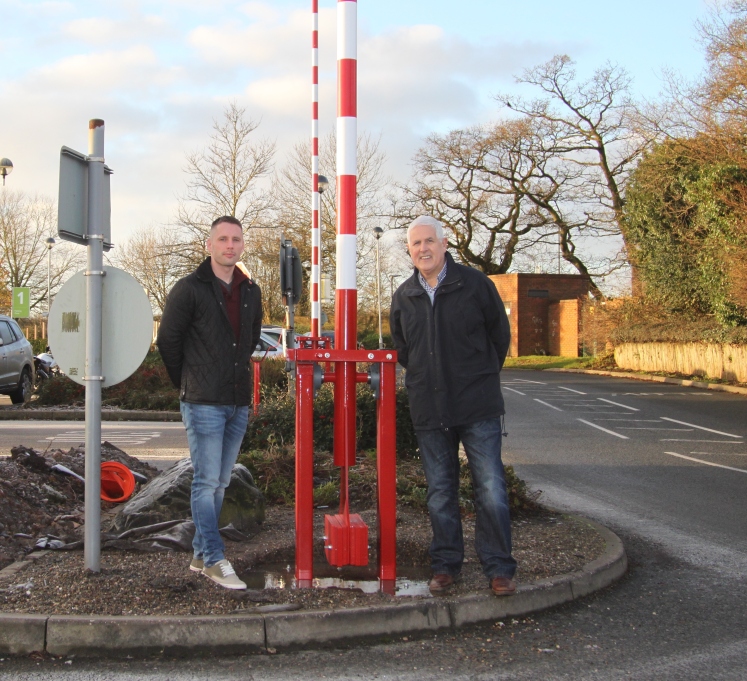 (photograph shows myself and Alex)

A previous post regarding the extremely large gathering on the August Bank Holiday can be read here: https://cllrkenhawkins.co.uk/2015/08/31/street-racers-meet-up-tescos/

Local resident, Alex Insley, and I led the fight to bring both stores to agree to take these measures with the petition submitted to council in July last year bringing the council, police and both stores to address the longstanding issue. The extremely large meeting on Bank Holiday August and the wide media attention this brought seemed to be the catalyst.

Tesco’s security will manage the barriers, which will be lowered when Notcutts store is closed. This effectively stops any use of the top end of the car park, where the gatherings took place. The stores believe there will be customers and staff cars parked on the remainder of the car park and this will deter any large gatherings.

To accompany these measures, Solihull Council is seeking a Court Injunction to ban such gatherings in the borough. This was something I requested when addressing the cabinet member with responsibility for Highways on presentation of his petition. An evidence file has been submitted, with evidence taken from local residents by local police officers. Birmingham City Council is joining with Solihull in seeking an injunction for their area.

‘We are almost there and hopefully all these measures will ensure the good people of Monkspath and Cheswick Green, as well as store users, will now be free of such large gatherings and the extreme noise and danger some of those attending create’.

I will update you when we hear anything further.